This page is about the character in the Alicization arc. You may be looking for the Cardinal System

Cardinal (カーディナル, Kādinaru?) was a supporting character in the Alicization Arc. She was the embodiment of the Cardinal System's error-checking sub-process in Underworld, manifesting as an alternate, opposing personality of Quinella when the latter merged the system with her Fluctlight. Cardinal became a separate individual when Quinella transferred a copy of her memories to a girl named Lyceris (リセリス, Riserisu?), causing the girl's Fluctlight to break and thus allowing Cardinal to assume control of the body. This resulted in the two personalities immediately engaging in combat, which eventually forced Cardinal to take refuge in the Great Library Room. After centuries of working behind the scenes, Cardinal joined Alice Synthesis Thirty, Eugeo, and Kirito at the final battle against Quinella at the top of the cathedral, where she died in battle.

Cardinal appeared as a scrawny, doll-like cute ten year old girl with milky-white skin, chestnut-brown eyes and short, curly hair of the same color. She wore a magician-like robe with velvet-like luster and a greatly inflated hat made from the same material and carries a staff longer than her own height, all of which made her look like an elderly scholar. Her most striking feature was her eyes, fringed by long eyelashes and beyond the round glasses, daintily worn on her nose, give an overwhelming presence of knowledge and wisdom. Just looking at these eyes made one feel like they were sucked into a depth with no definite end. She also had a somewhat elderly manner of speaking, but has a cute voice befitting her appearance.

When Quinella discovered that her own mind had reached its limits, she planned to have unimportant memories erased. Originally, the girl whom Quinella chose as her vessel for the backup of her memories was the daughter of a furniture shop owner who became a nun due to her above average system access authority. She was brought to the Axiom Church by Quinella, and had her Fluctlight overwritten with Quinella's own memories and information. However, as Quinella and the nun awoke and saw each other, their souls started breaking down due to the realization of them being identical beings. The nun's soul was the first to break down and, in this moment, the Secondary Core programming of the Cardinal System, took over the girl's mind. With the realization of Quinella being the main process in her own body and the young girl's body being controlled by Cardinal, the sub-process, the two souls stopped breaking down. At that moment, a battle between the two began, with Cardinal having struck first, therefore gaining the advantage. However, when it became clear who the winner would be, Quinella casted a ceremony that blocked access to «Sacred Arts» commands within the room, and produced a weapon. In this way, though the two were equal in almost every way, Quinella had the advantage of reach due to the girl's body being shorter than Quinella's.

Cardinal decided to flee, and took residence within a Library which Quinella created. The Library itself, although initially part of the Central Cathedral, had fluctuating coordinates, residing within the "unused space" of Underworld. After destroying the only entrance, there was no way for Quinella to enter. Then began the process of recording and erasing her own memories, to make room for more information.

She waited in the library for over 200 years, sending familiars to all the human territories to look for possible allies, who had a Transgression Quotient high enough to break the taboos and high enough OC and SC values to be able to fight against the Integrity Knights and Quinella. Although there were several people who fit the description, Cardinal was never able to get to them before Quinella did. She was about to lose hope until she heard that two youngsters had cut down the unfellable Gigas Cedar. She immediately sent her most trusted familiar in the area, Charlotte, to look for them. Through Charlotte, she discovered that Kirito was a real human, thus immune to Quinella's Fluctlight altering commands, and decided to bring him to the Library at all costs.

After Kirito and Eugeo escaped from the prison under the Cathedral, Cardinal guided them, through Charlotte, to one of her backdoors and transported them to the Library where she resided. She allowed Eugeo to take a bath and read the books about the story of the Human Empire to keep him busy while she told Kirito of the origins of Underworld, of the Feudal System, of the Axiom Church, and of Quinella.

Cardinal completed her story of Quinella, continuing off of from when Quinella discovered the system command list. Cardinal then explained the origins of the Integrity Knights and of herself. She then revealed that the creatures of the Dark Territory were amassing forces to invade the Human Empire and annihilate it of its residents. Cardinal then instructed Kirito and Eugeo about using the «Armament Full Control Art» and devised their plan to confront Quinella before sending them near the Armory in the Central Cathedral.

Cardinal telling Kirito about her battle with Quinella.

Cardinal being hugged by Kirito.

Cardinal on the map of the Central Cathedral.

Cardinal horrified at the reveal behind the mechanics of Quinella's sword golem. 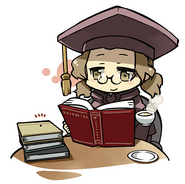 An illustration of Cardinal by Yamada Koutarou, the artist for the Project Alicization manga, for Alicization Episode 13.

Cardinal with Eugeo and Kirito on the cover of Alicization's fourth Blu-Ray/DVD.

Cardinal with the Alicization cast on a visual for the Symphonic Alicization Orchestra compilation movie.

Cardinal with Alice, Charlotte, Elevating Operator, Quinella, and Scheta on an illustration from the If You Were Here side story.
Add a photo to this gallery

Characters
Retrieved from "https://swordartonline.fandom.com/wiki/Cardinal_(Underworld)?oldid=169480"
Community content is available under CC-BY-SA unless otherwise noted.