Hollow Fragment is divided into two parts. The first is the "floor clearing" chapter, which is basically a remastered version of the previous game, Infinity Moment. The second is a new "Hollow Area" chapter that allows multiplayer and adds new items, mobs, and story content, including scenes and quests, which involve the «Laughing Coffin» guild and a new orange player character, Philia.

The Floor Clearing part's story would mostly be same as the story of the previous game, with the exception of Sinon, Leafa and Strea appearing in the game early during the process of the clearing of the 76th Floor, the appearance of Yuuki after clearing this part of story for the first time, and some new scenes for characters that are only in this game, but not the prior one.

The Aincrad portion of the game is imported from the game's prequel, Infinity Moment, with several Hollow Fragment-specific changes. It encompasses the gameverse-original versions of Floors 76-100 of the floating castle, which had not been reached by the players in the main Sword Art Online universe. Each Floor contains a main town and a Labyrinth.

The Hollow Area is a Hollow Fragment-original location. It had been used by Sword Art Online developers and the Cardinal System to run tests on new elements, such as enemies and items, before introducing them to the game proper. The Hollow Area contains six primary regions.

Hollow Fragment's gameplay system is similar to the Infinity Moment's gameplay system. However, a burst gauge, which allows continuous attacks as long as the player has enough burst energy left, was added to its battle system. There is also a risk meter next to it, which increases whenever enemies target or attack the player, or whenever the player attacks them. The higher the risk, the longer it will take for the player's burst gauge to be replenished. Risk can be lowered by pressing the burst attack button at the right moment, dodging at the right moment or switching. Also, the system allows each player to create their own non-player character to battle alongside with, as well as linking up with a maximum of 4 other players who are playing the game on the PlayStation Vita to play the game simultaneously, allowing players to form their own raid teams. An added region called the «Hollow Area» was designated for such multiplayer gameplay.

As for the game's battle system, while it is defaulted to the automatic attack system in previous game, players can also switch to a manual attack system upon their desire.[citation needed]

This list is incomplete; you can help by expanding it.

An Original Sword Skill System is included in this game, but it completely differs from the Original Sword Skill system that appeared in ALfheim Online in the original series. The system in Hollow Fragment is more similar to Kirito's Outside System Skill, «Skill Connect». After unlocking the system, all Sword Skills the player uses will display a special purple light flash on Kirito's avatar that marks the time during which Skill Connect is possible. If any additional Sword Skills are inputted outside of the Skill Connect timing, any connect windows that have yet to occur will be cancelled and no more purple flashes will appear for the duration of the Sword Skill's animation.

Players need to first complete a task, called «Implementation of OSS that links multiple Sword Skills» (ソードスキル多重連携OSS仕様の実装, Sōdo Sukiru Tajū Renkei OSS Shiyō no Jissō?), in the "Implement Element" system that researches the possibility of implementing multiple attacks with Sword Skills. The mission can be completed by using Sword Skills 1,000 times during Hollow Missions, in order to allow players to create and record their own Sword Skills in the Administrative region. There are also sub-tasks that could be completed to increase the maximum number of consecutive Sword Skills possible from two to twelve, or reduce the SP cost of each linked Sword Skill by up to 30%.[16]

After the game was launched, updates have been released every week in terms of free DLCs that provide extra costumes/weapons and similar items, with details listed on the official site in Japanese.

A free major update, named as Shining Successor (皇輝の継承者, Shining Successor?) (v. 1.05), has been released by July 10, 2014 for the Japanese version. The update includes the introduction of the Grand Quest and Esoteric Skills that it unlocks, the ability to partner with Argo and date with Sachi, the introduction of new volcano and snowy mountain areas, as well as the garden area and harder bosses, the availability of legendary weapons, and a level cap raise to level 250. The update will also include usability and game balance adjustments, increase of treasure, hollow missions, and the payback of doing missions. Furthermore, more than 120 new pieces of equipment will be released, more information will be provided by Argo, some areas will be expanded, the OSS system will be improved, the ability to show the difference of daytime/nighttime will be available, the addition of CG scenes, the addition of warp point for some floors in the Hidden Area of the Hollow Area, and so on. These would add ~30 hours playtime to the game. The update would be available for the Asian version by July or August, and the Western version as a free DLC starting September 23[18].

The game opened with Kirito meeting Philia in the Hollow Area and engaging her in battle. The battle was interrupted by the appearance of the Hollow Deadening Reaper. The two players decided to halt their conflict in order to defeat the boss together.

This section includes side stories that are new to the game and not found in the previous game, Infinity Moment. See the story for Infinity Moment for the plot that is common between the two games.

In the Hollow Area, Kirito encountered a hollow clone of Sachi. After Kirito met her at the location several times, Sachi told Kirito that she must fight and thus Kirito and Sachi grouped up. Then, according to Sachi's instruction, they went to a location within the Great Void which looked very similar to the place where Sachi died. Despite feeling very afraid, as Kirito held her hand to calm her down, Sachi still decided to carry on. If the player clears the designated monsters, Sachi will ask Kirito if she had fought well and claim that she was no longer afraid. She then shared her gratitude, which the real Sachi was unable to share with Kirito when she was alive, and hope that Kirito could live on without being hindered by the trauma. After these events, the player can partner with Sachi in that location within Hollow Area.

Just like its predecessor Infinity Moment, Hollow Fragment features multiple endings for the floor-clearing part. In addition to the original endings from Infinity Moment, the game also features an extra ending for Philia if her side story is completed. Additionally, when the player finishes the floor-clearing story in Hollow Fragment for the first time, they are able to engage in a duel against Yuuki after the 100th Floor Boss fight on subsequent playthroughs. The game also adds an ending for Strea in the Re:Hollow Fragment port, provided the player has completed a special quest in the Hollow Area.

After Heathcliff's defeat, Kirito and Philia discussed the challenges they might encounter by returning to the real world, eventually arriving to the conclusion that they could handle any of them after everything they had experienced in Sword Art Online. Upon being thanked by Kirito for her contributions to clearing the game, Philia in turn expressed her gratitude to him for teaching her to trust others, as well as for giving her the strength and courage to stand by his side. Before being logged out, the two of them shared their real life names, promising to find each other in the real world.

After their return to reality, Kazuto visited Kotone in her home. While drinking tea, Kotone reminisced about the tree they had raised together in SAO, which she considered a symbol of the forgiveness Kazuto had shown her, as well as a symbol of her own feelings for him. After thanking him again for saving her, she kissed him on the cheek as a sign of her gratitude and their closeness to each other.

After Heathcliff's defeat, Strea approached Kirito and Yui to bid them farewell, since she could not accompany them to the real world. As the three of them began crying over the prospect of leaving her behind, Strea's body suddenly started glowing, which prompted her to check her status window. To her surprise, she discovered a new option to convert herself into an object like Yui. Overjoyed at the possibility of being reunited with her friends again someday, she urged Kirito to take her with him out of the game.

Sometime after their return to reality, Strea joined Kirito, Asuna, and Yui in playing ALfheim Online. Having dispatched some monsters, she engaged in a good-natured squabble with Yui over being reckless in battle. After apologizing to each other, the pair continued their adventure with Kirito and Asuna in Alfheim. 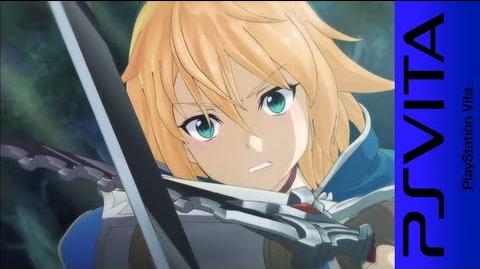 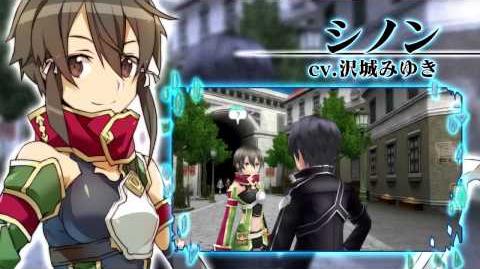 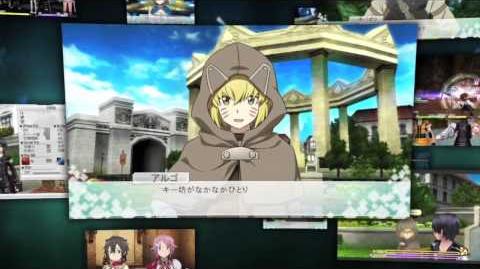 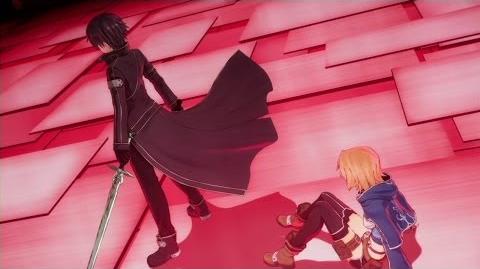 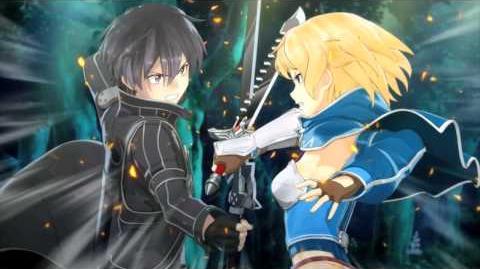 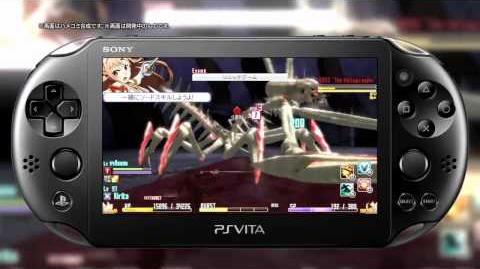 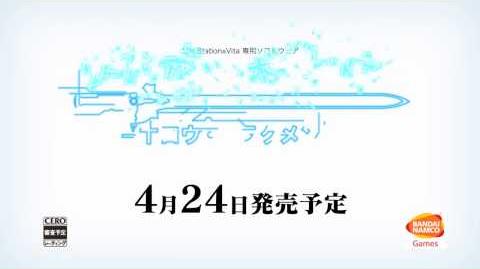 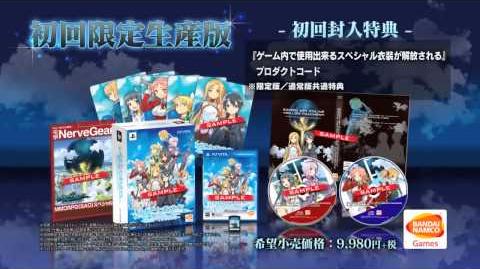 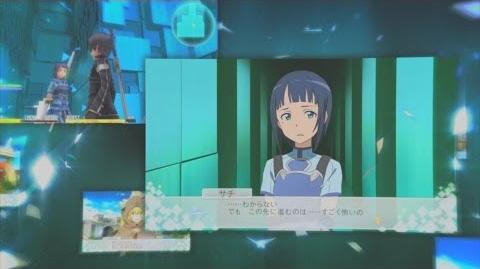 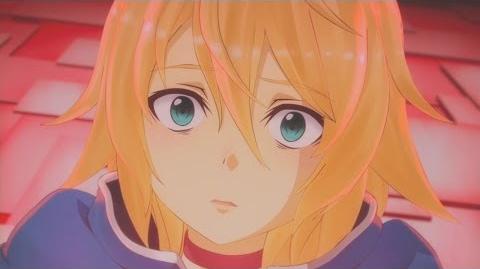 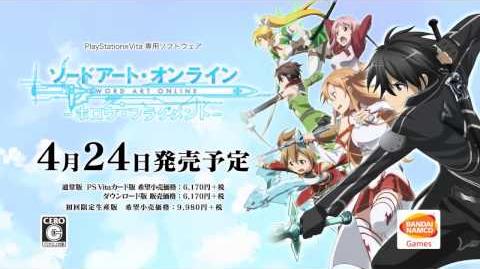 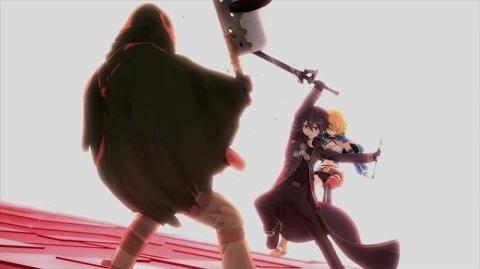 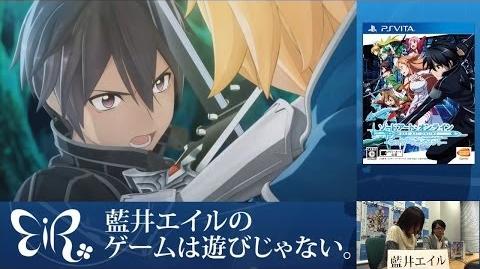 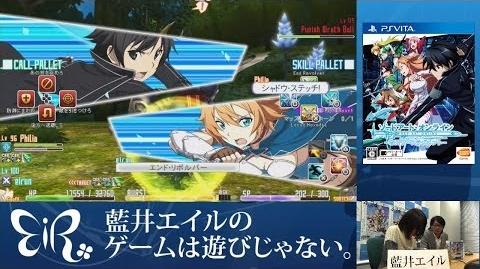 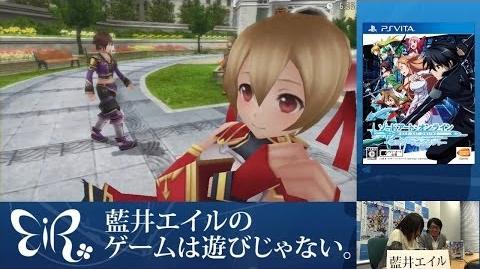 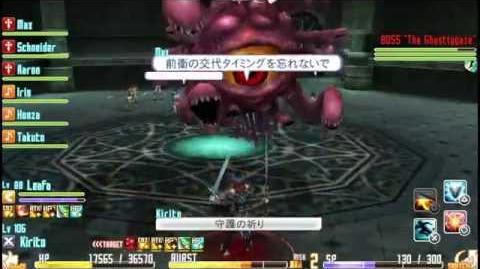 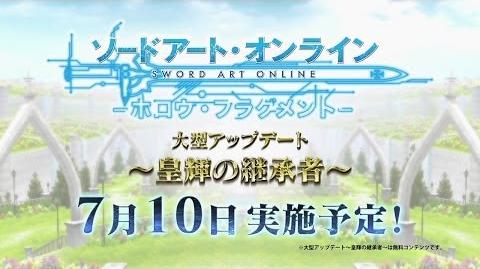 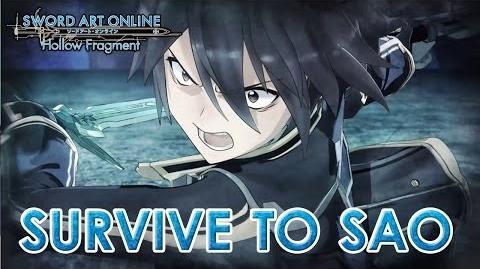 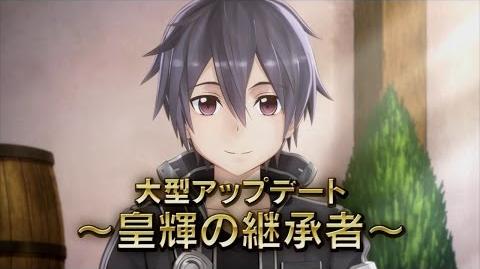 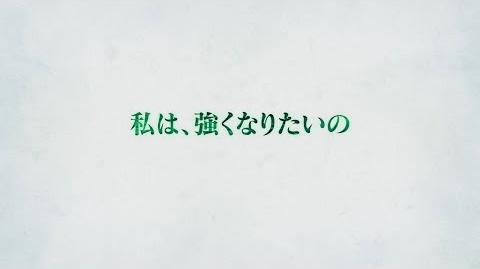 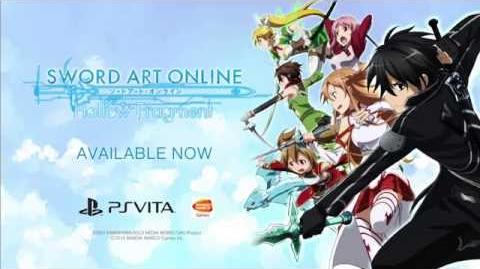 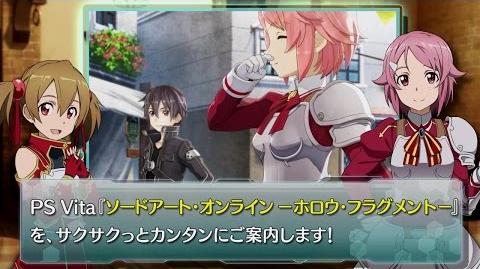 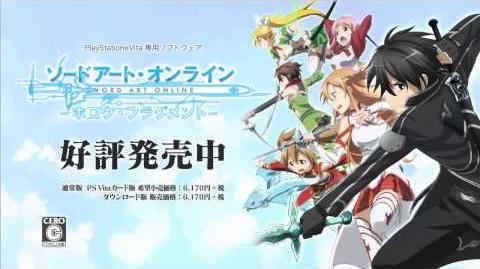 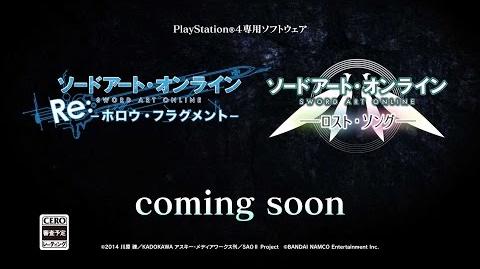 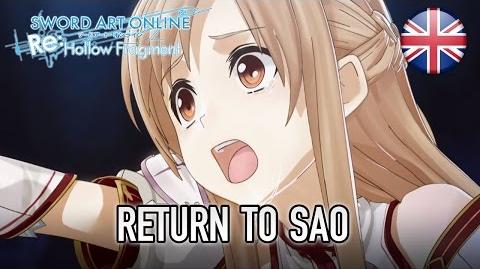 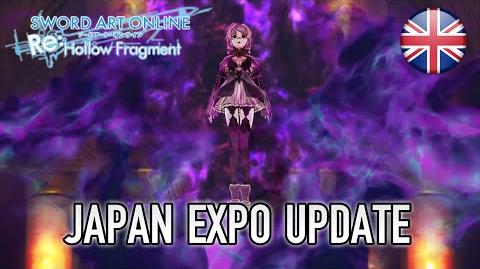 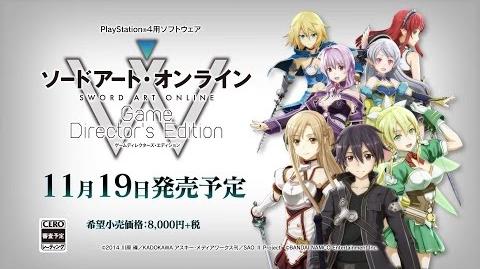 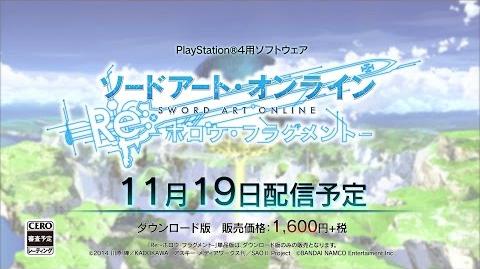 Compared to the original SAO series: