In the land known as Ainground, Kirito meets Premiere, a mysterious Non-Player Character (NPC) who has not been coded into the game. Kirito and friends vow to protect Premiere while uncovering the truth about her null coding. However, they must also contend with so-called Blue Cursor players now hunting NPCs whom cannot respawn after death, similar to the victims of Aincrad.

The main campaign follows the events of Lost Song[6]. The conclusion of the main story leads to a free Downloadable Content (DLC) story, named Warriors of the Sky (蒼空の闘士, Sōkū no Tōshi?), in a brand new area called Stalvatos Ruins, located in the incomplete Aincrad. After the free update, the story is further developed with a paid DLC questline, named Maiden of the abyss (深淵の巫女, Shin'en no Miko?) in Japan and Abyss of the Shrine Maiden in the West, that features a three chapter-long redemption arc for Tia.

The first of the three DLCs, the Explorer of Illusory Mists (幻霧の探求者, Genmu no Tankyūsha?), is focused on uncovering the mystery behind a Masked NPC just one Floor below the Stalvatos Ruins, in the Vulcanus Citadel.

The second chapter, the Tuner of Causality (因果の調律者, Inga no Chōritsusha?), takes place on an even lower floor in the incomplete Aincrad, in the Northazrod Tundra, and is focused on working alongside Tia and earning her trust.

The third DLC, The One Who Resists God (神に抗いし者, Kami ni Aragaishi Mono?), brings a conclusion Tia's arc with everyone working together on another floor of Aincrad, Elionward Dominion, to destroy the cause of Tia and Premiere's issues.

Following Kirito to a hill overlooking a vast expanse of land, Asuna remarked on the beauty of the view. Declaring her happiness to be with him and accompany him on his explorations of Ainground, she reminisced on their adventures in Sword Art: Origin, thanking Kirito for making them possible. Asuna then asked Kirito if they really were going to stay together, concerned that his desire to pursue the potential of FullDive and the future thereof could distance him from her. Glad when he affirmed they would always remain at each other's side, she promised to support and follow him wherever he went, which he swore to her in turn, both vowing to be together forever.

Following Kirito to a hill overlooking a vast expanse of land, Silica commented on her amazement with the beauty of Ainground. Thanking him for their fun adventures with the others, she reminded Kirito of her earlier wish at the start of the game to become someone he could depend on and promised to become stronger for their future journeys. Silica then timidly requested Kirito to hold her hand, and confessed her feelings to him, both of them swearing to always be together.

Following Kirito to a hill overlooking a vast expanse of land, Lisbeth shared his sentiment on the beauty of the view there. At that point, she stated her enjoyment of their experiences in Sword Art: Origin, reminiscing on Ainground's resemblance to Aincrad enhancing the mood of their adventures. Regarding Kirito as the critical component of her activities in the virtual world, Lisbeth vowed to always accompany him on his future travels, both promising to continue making beautiful memories together.

Absently walking to a hill overlooking a vast expanse of land, Leafa noted the serenity and beauty of the area to Kirito when he joined her. Noticing they could now spend some quality time together by themselves, she expressed her joy at the two of them being able to start and complete the same virtual game at the same time. Following Leafa's vow to be at his side whenever he needed help, the two affirmed their affection for one another, pledging to always stay together.

Walking to a hill overlooking a vast expanse of land, Sinon was enjoying the breeze when Kirito joined her, to her surprise. Following a few moments of admiring the scenery, she began reflecting on everything that had happened in Sword Art: Origin. Revealing how terrified she was of losing their friendship when he and the others learned of her past, Sinon expressed her deepest gratitude for them still accepting her. Feeling closer to them now that they knew what she had suffered, she promised to protect them and bear their burdens with them, as they had done for her ever since they first met in Aincrad. Sinon then hesitantly asked Kirito to hug her, taking the gesture as an oath to herself to return the favor whenever he needed it. After a while, she suggested rejoining their friends; just before doing so, the duo swore to always be there for each other.

While searching for rare pretty flowers, Yui found herself on a hill overlooking a vast expanse of land. Pleasantly surprised when Kirito encountered her, the girl showed him one of the flowers she had obtained. After reminiscing on their experiences in Sword Art: Origin, the two pledged to be together forever. Yui then timidly confessed her love for him, before running away and challenging Kirito to catch her if he wanted her to repeat her confession.

Strea cheerfully greeted Kirito when he joined her on a hill overlooking a vast expanse of land. While reminiscing on their experiences in Ainground, Strea expressed her happiness at the fact that him and the others were having more fun compared to their time in Sword Art Online, despite the similarities between the two worlds. Touched by his speech on what she meant to them and what she had done for them, she vowed to keep traveling forever with him and the rest of the group wherever they would go.

Upon being encountered by Kirito after walking to a hill overlooking a vast expanse of land, Philia pleasantly noted the appeal of the spot to him. Recalling how long she had been isolated in the Hollow Area of Aincrad until Kirito rescued her, Philia expressed her gratitude for the opportunity to connect with him and their friends since then. Treasuring all of them, she articulated her desire to continue growing even closer to them, Kirito sharing her sentiments. Thus, the pair pledged to always remain friends.

Joining Kirito on a hill overlooking a vast expanse of land, Argo shared her sentiments of admiration towards the scenery. Surprised when Kirito thanked her for gathering crucial information for him and the others throughout their adventures, the girl remarked she had enjoyed her experiences in the game. After briefly pondering on the memories she had acquired in the game, and the deeper meaning behind information brokers, Argo promised to never deny Kirito her services whenever he asked for them. Assured that they would not become bored so long as they were together, the duo swore to rely on one another for their journeys to come.

Walking to a hill overlooking a vast expanse of land to stretch her legs, Yuuki ebulliently welcomed Kirito upon noticing him. After enthusiastically recalling all the fun she had with him and the others in Sword Art: Origin, Yuuki vowed to continue accompanying Kirito and the others on their upcoming travels.

Walking to a hill overlooking a vast expanse of land for some relaxation, Kizmel was joined by Kirito. After greeting him courteously, the Dark Elf relayed the gratitude of her comrades for freeing them from their petrification. Thanking Kirito once more for all the assistance he had provided her and the other Dark Elves, Kizmel invited him and his other companions to visit them again at their camp whenever possible.

Walking to a hill overlooking a vast expanse of land while searching for an ideal place for a picnic under the sky, Premiere pleasantly greeted Kirito when he encountered her. Reflecting on how more contented she felt compared to her first picnic, she thanked him for teaching her how to live and love. However, she repeated her earlier request to be his lover, demanding a more direct answer this time. At Kirito's inquiry over the sincerity of her wish, Premiere explained her definition of what a lover was and how she wanted to perpetuate receiving love from him and everyone else. She then accepted Kirito's proposition of maintaining their friendship and continuing to love each other as they had before. Before returning to their friends shortly afterwards, the pair promised to remain together forever.

Warriors of the Sky[]

The One Who Resists God[]

Player will start from level one and work their way up. Parties of up to four characters can be formed[7].

The following characters have been confirmed as being included thus far:

There are also other less important characters in the game.

Artificial Intelligence Girl Raising Project CODE ZERO: PREMIERE (人工知能少女育成プロジェクトCODE ZERO：PREMIERE, Jinkō Chinō Shōjo Ikusei Project CODE ZERO: PREMIERE?) is a Sword Art Online: Hollow Realization spinoff game project that is being held from October 17, 2016 to November 30, 2016 on a special website. The players can participate in this game by providing their twitter account. The tweets posted by the account will then be analysed and used to shape the personality of Premiere, one of the characters in Sword Art Online: Hollow Realization, creating a personalized version of her. Players can also teach Premiere new words by having conversations with her. A future update to Hollow Realization after the end of the spinoff project will allow players to add their personalized version of Premiere to the game.[18]

A Sword Art Online -Hollow Realization- Soundtrack is bundled with the game's limited edition on PS4 or PS Vita[19]. 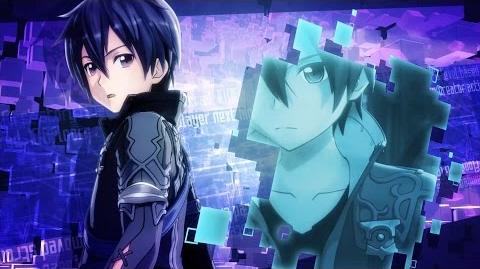 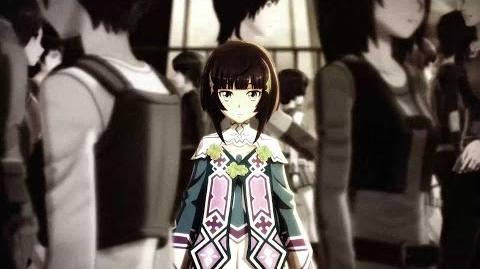 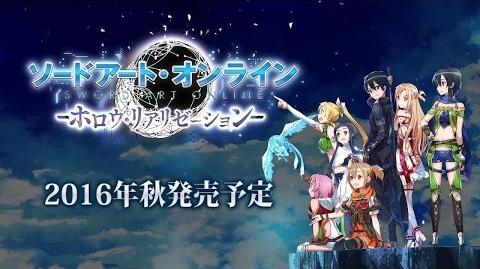 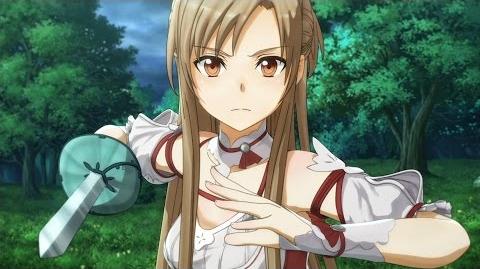 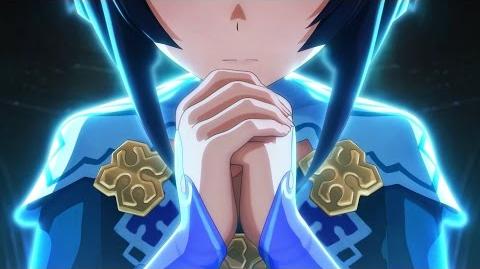 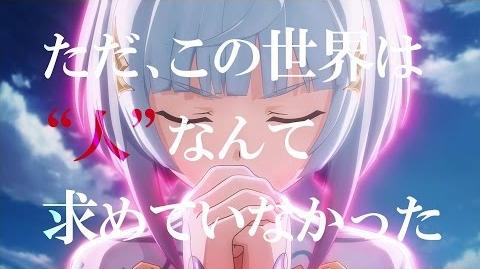 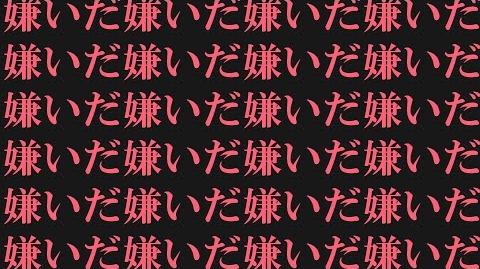 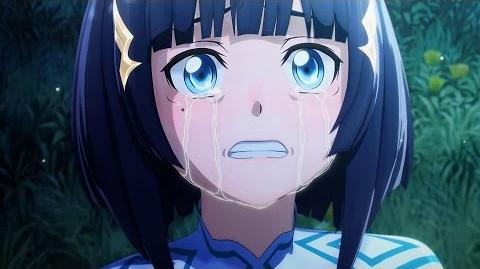 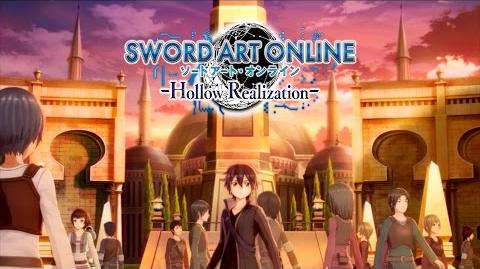 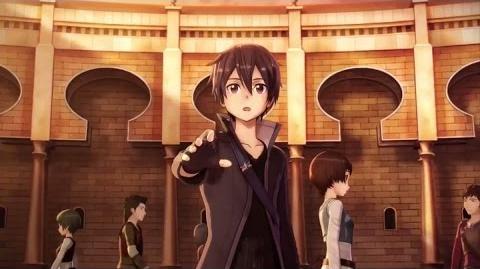 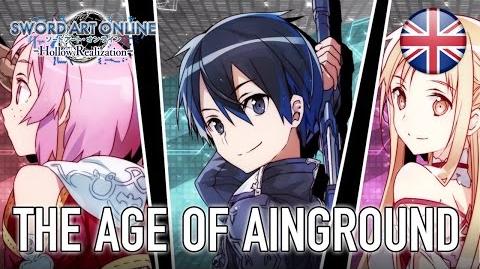 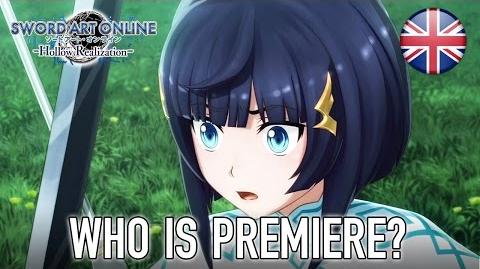 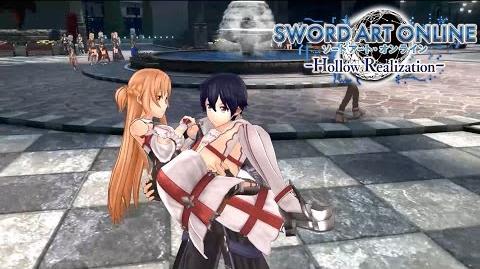 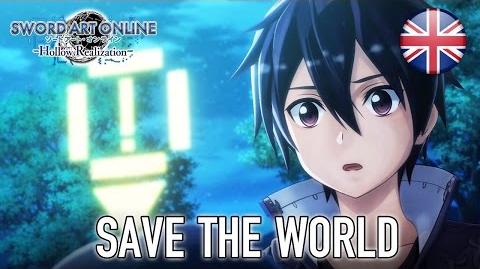 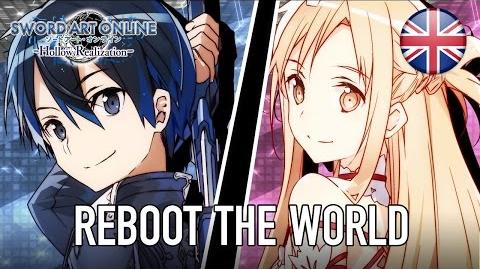 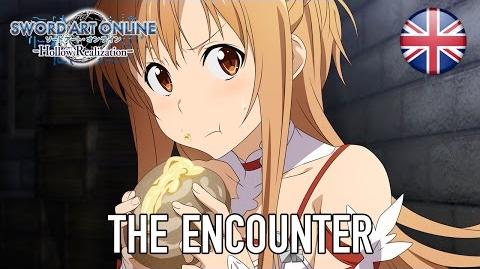 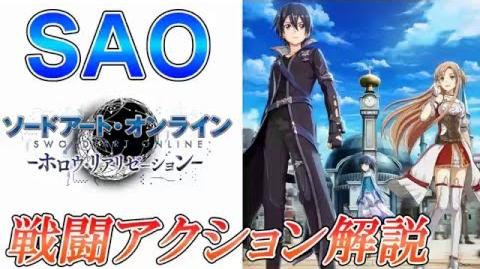 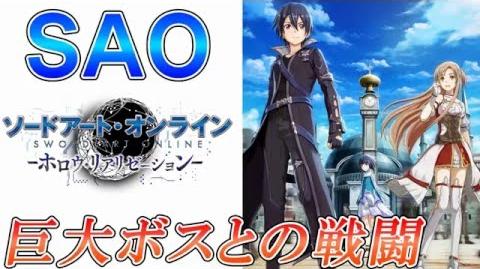 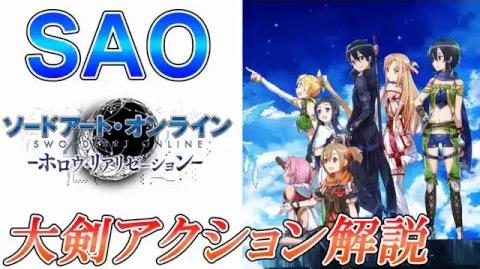 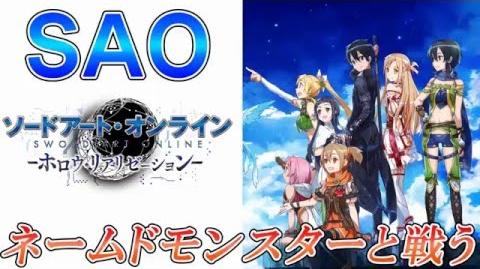 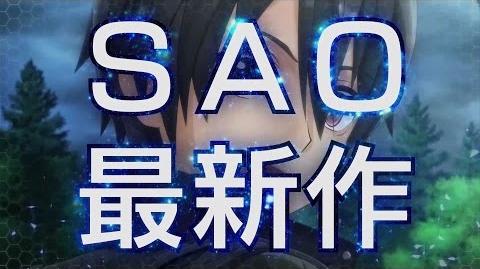 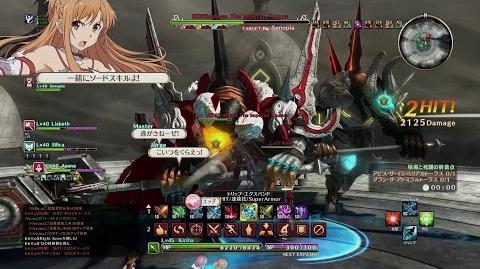 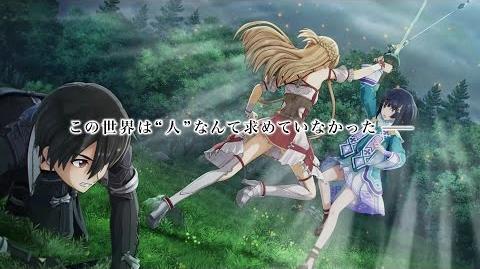 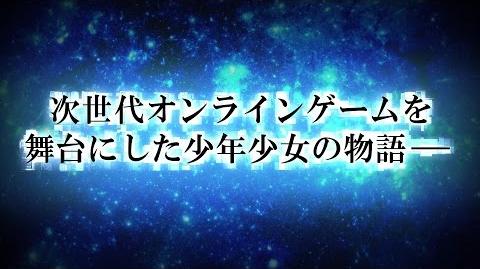 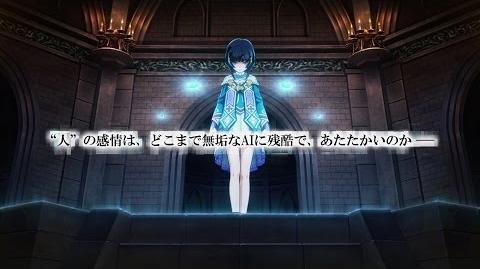 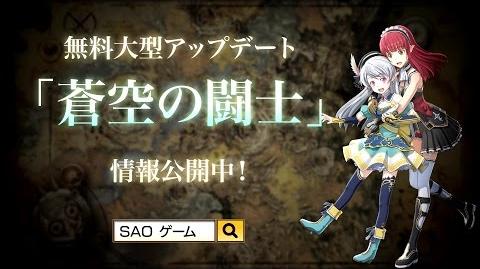 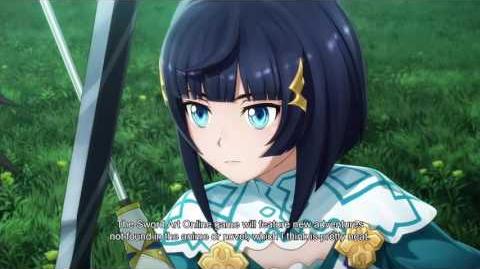 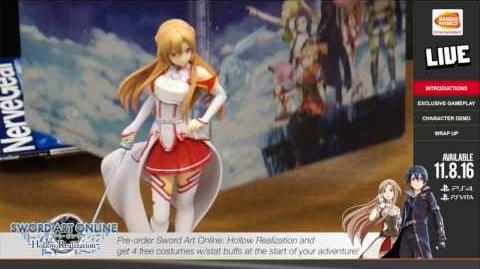 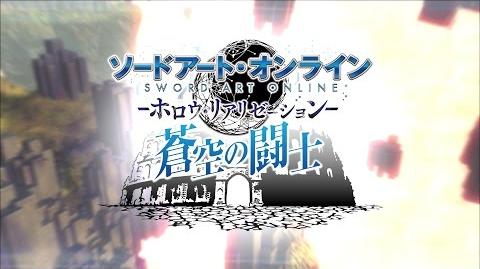 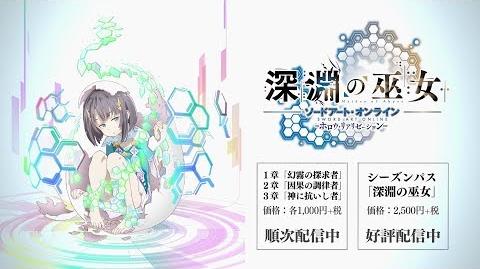