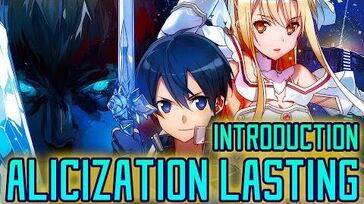 On the second day of the Final Load Test, the entire Underworld has plunged into chaos. Having defeated Bercouli, the strongest Integrity Knight in the Human Empire Army, as well as Sinon and her Sun Goddess Solus super account, Gabriel pursues Alice as she heads towards the «World End Altar».

Meanwhile, the «Human Empire Army's» decoy unit is surrounded by overwhelming numbers of «Dark Knights»; Asuna's struggles with the help of Lisbeth, Silica and the others end in vain as a comatose Kirito is captured by PoH, a remnant of Laughing Coffin. Unleashing the grudge he had accumulated in the span of many years, «PoH» vile fangs are about to close in on Kirito――

In order to save «everything» living in the Underworld.[1]

Due to the damage his Fluctlight had endured, Kirito relived the worst memories from his lifetime, including the time he abandoned an old friend from the SAO beta to thugs, the death of Coper, and that of the Moonlit Black Cats. As the flow of negative memories continued, Kirito relived his moments with Eugeo, including his death. Overwhelmed by his self-reproach for the boy's death, Kirito was about to crush his own heart, when Asuna's, Sinon's, and Suguha's Fluctlights, connected to his by Higa Takeru, intervened in an attempt to console him. However, at the last moment, Kirito's doubt that he could be forgiven halted the healing process.

At that moment, in the real world, the diagram on Higa Takeru's phone that indicated the state Kazuto's Fluctlight stopped on the very verge of the threshold for recovery, necessitating one more person with a deep bond to the boy to be connected for the process to be completed. Just as all hope seemed to be lost, Takeru noticed that something from the Main Visualiser, a storage area for data on objects rather than Fluctlights, was attempting to establish a connection with Kazuto's Fluctlight.

The moment that Higa Takeru granted the Main Visualiser access to Kazuto's Soul Translator in a desperate move, Eugeo's voice reached Kirito, stopping the boy just before he could crush his heart. Eugeo reminding Kirito that they would always be connected through the latter's memories, in combination with the voices of the three girls, served as the final push for Kirito's recovery. 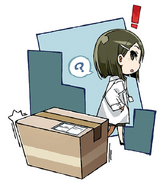