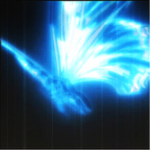 Announcement: My final paper sword of 2014, «Excelsis». Read more at this blog post.

I made a prologue that may become an original work, but for now, I'll list it as an extension on the SAO Timeline. What do you think?

Kind of tentative, since I have college. Maybe I'll be active in regards to SAO when Season 3 picks up... but now, SAO is pretty much second-priority. T-T

Kai Socrius is a member of the Red guild «Laughing Coffin», but he begins to have doubts regarding the Guild's ideals and PoH's vision for a "utopia for the strong." When the Guild's members stray from their statement of being keepers of justice, Kai resorts to being a front-liner, and fighting for freedom from the Death Game for all of the trapped players. Alternate Timeline.

Thank you, Tap-sama. I cannot consider these mine anyways.

The Teachings of Sword Art OnlineEdit

Retrieved from "https://swordartonline.fandom.com/wiki/User:1caiser?oldid=117124"
Community content is available under CC-BY-SA unless otherwise noted.