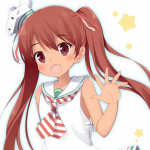 Hello guys. How are you? I'm Ethrundr, a wandering contributors who wanders from one wikia to other wikia that interest me. Currently, I'm appointed as this wikia's Rollbacker and Chat Moderator, along with Atlhetiger as the Chairwoman, Gsimenas as the Third-in-Command, Insanemater and MyProjectAlicization.

I also one of the senior editors that still active for this wikia. In the Chat Moderator's Tree of Power, I'm acting as the Head of Rule Enforcement, with duty to create, maintain and enforce the Chat Rule, as well as the Second-in-Command and Temporary Chairman, directly under Athletiger.

My current project then are as listed below:

If you need to contact me about this wikia, please contact me on my local usertalk page. Any other message, please post it directly to my private IRC Channel by joining #Ethrundr channel, on the Freenode IRC Server. I'll help you as long as I can.

Source of this profile page is stored as template in Community Wikia Template Page.

Friend of the Wiki
Edit Count: 25

Wiki Expert
Edit Count: 500
Add a photo to this gallery

Curator
Picture Count: 500
Add a photo to this gallery

Key to the Wiki
Day Count: 5

Wiki Hero!
Day Count: 365
Add a photo to this gallery

We know that there lot of people who hate this series, as well as the number of fans and lover, but if you haters want to make fun of us, please re-consider! We won't keep silent even for one bit of vandalism happened on this wikia.

For those vandals, this is my motto:

"DO EVEN ONE BIT OF VANDALISM, AND YOU'LL GONNA BE FORCED TO GET OUT FROM HERE!"

Also, for jokes, please consider that your jokes is: only happen on someone's message wall (if individual) or forum page or chat room (if communal), and have no ill-intention anywhere on it (implicitly or explicitly). No jokes will be accepted if performed by creating useless page, uploading useless image, offended someone (especially when that "someone" is an active officer here) or ruined up any previously-existing pages. Do any of them, even just one bit, you'll be considered as ill-intended vandals, and will be reccommended to got full ban (1 year's worth of ban) from both chat and wikia at instant. Please remember this carefully.

Personally, I love everyone who edit and contribute in wikia, any wikia (not specific to just this wikia), but my love will change into hatred if you do harm to us.

Here are provided the list of official naming on the characters of Sword Art Online anime. I also provided the several possibilities of mistakes on their names:

There are some characters, which used the "Official Naming" as their official name, rather than using the  romanization of their Kanji like most characters. For characters which have this kind of naming, both name are correct  and official. Here are the list of this "bi-naming" characters:

Name listed down here are name that the official one not yet known, but there already some variations on the naming:

For all editors, please consider to do some research on editing the names which still have no official naming yet. For those which already have known official naming, please use it in every page you edit.

Merry Christmas everyone, and I hope all of you still remembered her: 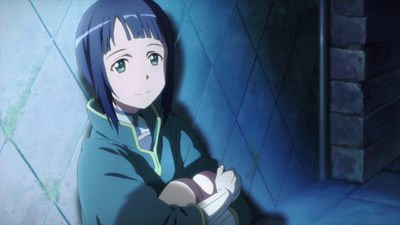 I'd like to wish a very merry christmas for her up there :)

Retrieved from "https://swordartonline.fandom.com/wiki/User:Ethrundr?oldid=95788"
Community content is available under CC-BY-SA unless otherwise noted.